The students in Prishtina raise their voice

Students of journalism at the University of Prishtina in their regular activities within the Public Relations course managed to address many of the social problems that plague the citizens of Kosovo. Whether it’s about victims of sexual violence during a recent war or breast cancer, the message of student campaigns is clear: “Silence does not help!”. More in the story of Vjosa Čerkina.

We have to talk about the violence

Peer violence cases in Montenegro gained public attention when a girl’s father stated that she had taken her own life. The second is the case of a 12-year-old girl who was abused by a group of older boys for more than a month, harassed, filmed, blackmailed, asking for money and valuable things from her. After that, the children and the parents started to stand up. The State Prosecution has no record of cases of peer violence, while the NGO “Parents” survey showed that every fourth child in the past school year experienced some form of peer violence.

My neighbor does not bother me!

Conflicts on the territory of the former Yugoslavia have had lasting consequences on the population that survived those wars. This has also affected the creation of tensions in the post-war years that made life in this region much harder. However, the generations of young people born after the wars want to go further. That’s the way it is with young Kosovars who are not bothered by their neighbors, regardless of religion, nation, or sexual orientation. More in the story of Vjosa Cerkini.

Discrimination backed by the law

Bosniaks in Kosovo are faced with language discrimination, and the most common reason is that their language is similar to Serbian. But language is not the only reason. Although there is a legal framework that requires the employment of minority communities in public institutions, this law is not enforced. More in the story of our Vjosa Cerkini.

How do you like it here? And be honest!

I’ve lived in Sarajevo for about six months now. I like it here, it’s familiar and comfortable. When I mention I’m from Ljubljana, people like to tell me just how much they like my city. I understand the language, and I am not worried about what people think when I speak my own. 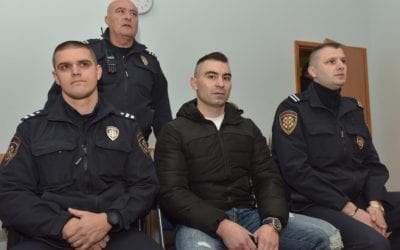 Penalty in line with an action

Darko Kovačević, also known as Daruvarac, was first sentenced to a single sentence of unconditional prison for five years for causing serious body injuries and threatening 18-year-old girl from Zadar. The case occured on July 18th, 2018 when Kovačević has brutally beat L.G. in Zadar cafe in front of witnesses and surveillance cameras. None of the respondents reacted because of the fear of revenge and institutions that were supposed to stand in the protection of the victim also lacked reaction. 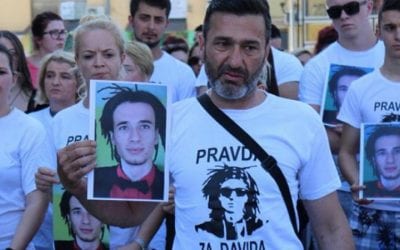 At the video forum of our portal, Aleksandar Gluvić from Banja Luka initiated the issue of police violence in that city. Aleksandar is one of the members of the group “Justice for David” (Pravda za Davida) that were detained on December 30th.

To recall, in the morning of December 25th, 2018, Davor Dragičević, the father of murdered David, was detended after refusing to receive a call from the police for “endangering security”. Few days before the arrestments The Ministry of Internal Affairs of Republic of Srpska announced that criminal charges against Davor Dragičević and another 19 people were brought because they were gathering in front of the RS National Assembly on December 17th, during the special session at which the new RS government was elected. 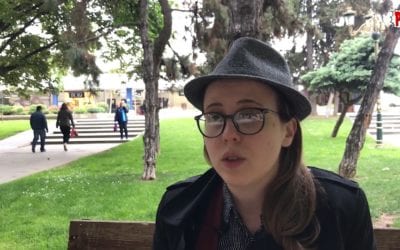 Youth strategy exists only on paper

In 2015 The Government of Northern Macedonia adopted the Youth Strategy, which should regulate all things related to this population. However, the Strategy was adopted in a non-transparent manner, and many Macedonian organizations from North Macedonia have warned of major failures in making it. The other problem is that the Strategy exists only on paper and is not being implemented by the institutions. More in Kristine Ozimec’s story.

“The New Third Way” is a multidisciplinary organization founded in May 2017 by young people, with the aim of offering a new approach to political analysis in the times of right and left populism. The mission of the organization is to contribute to social progress through argumentative, academically based and socially responsible public action. 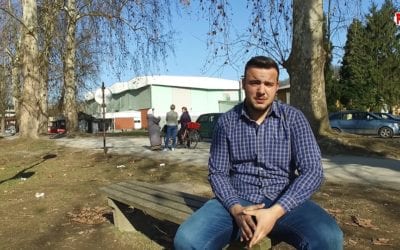 We have to rebel against ourselves

The life of young people in Maglaj is not easy. At least we concluded this through a conversation with Admir Ahmetbegović, a graduate of the High School in Maglaj. One of the issues that Admir looked at is that graduates do not have a place to celebrate a prom. He also spoke about the freedom of speech and educational system. 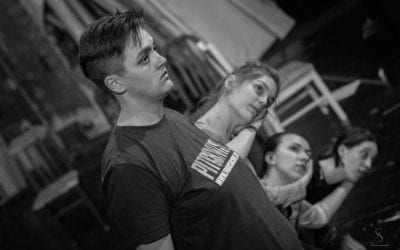 Never again about us without us

In the History Museum of Bosnia and Herzegovina, the exhibition “Breaking Free: Children born of war”, exhibition about the children born as a result of the war, was opened. This is the first exhibition organized by the “Forgotten Children of War” association, which aims to show the various barriers that stigma and discrimination have placed on the life-time of women survivors of rape and children born as a result of this disruptive act. Also, the exhibition shows the struggle, strength, perseverance and above all humanity in the struggle of these categories.

It is estimated that during the war in Bosnia and Herzegovina between 30,000 and 50,000 women, girls and men were raped. Although there is no accurate data, it is estimated that approximately 4000 children in Bosnia and Herzegovina are born because of the rape. Although estimates are concerned, it is believed that the number of children is much higher because some children are immediately admitted to adoption, and there is no official record of this.

In addition to the exhibition, a round table was held during which everyone present had a chance to talk to children born of war.

Although children born because of the war are completely invisible in the B&H law, Bosnia and Herzegovina, as stated on the round table, is far ahead of other countries when it comes to these issues. One of the most deserving of this is President of the Association Ajna Jusic, who has clearly stated, “Never again about us without us!”

The “Breaking Free: Children born for war” exhibition in the B&H History Museum will be open until Sunday, April 14th.

The video story about the exhibition and activities of the association “Forgotten Children of War” is brought by Azem Kurtić. 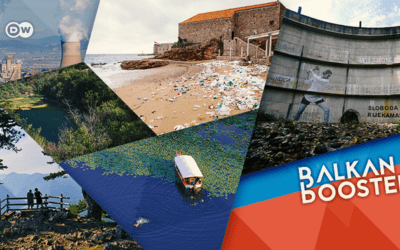 Be a Balkan Booster!

Are you eager to find out who are the people who live in your neighboring countries and what are their stories? Do they have the same problems as you do? Are you interested in the environment? If all the answers are „Yes“, and you also like shooting videos with your phone camera and love social media, than you are in the right place! 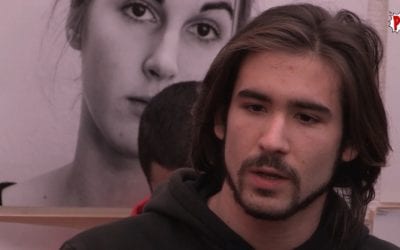 If we witness the violence, the responsibility of every citizen is to react and report the same. This also applies to the laws in each of the countries of the region. However, only the existence of a law is not enough to honor it. We talked about (lack of) reaction to violence with the youth in Kotor, and on our portal we publish parts of the story that have not entered the final shows due to time constraints.